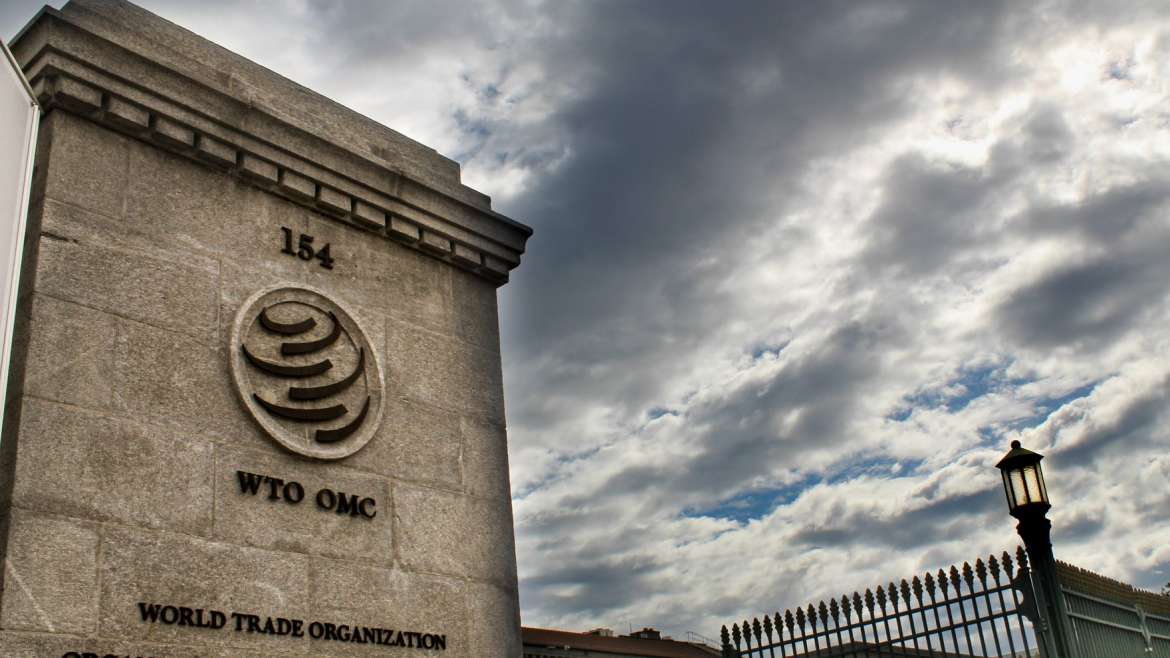 WTO is the acronym for World Trade Organization. The WTO came into being in 1995 and was created after the culmination of long intense negotiations which took place under the auspices of the General Agreement on Tariffs and Trade (GATT).

AN ORGANIZATION FOR TRADE LIBERALIZATION The WTO is an organization for liberalizing trade. Trade liberalization is the main approach that the WTO has adopted to help Member countries achieve economic growth and raise living standards. However, the WTO recognizes Members’ right to maintain trade barriers, subject to the conditions provided in the WTO Agreements. Such trade barriers are considered to serve legitimate objectives, such as the protection of human, animal or plant life or health or the protection of consumers. In so doing, a balance is struck between trade liberalization and the flexibility Members need to meet their policy objectives. A FORUM FOR TRADE NEGOTIATIONS The WTO provides a multilateral forum for Member governments to negotiate rules of international trade. Thus, the WTO was born out of negotiations and everything the WTO does is the result of negotiations. The WTO is currently host to new negotiations under the Doha Development Agenda (DDA) launched in 2001. A SET OF INTERNATIONAL TRADE RULES. These rules are contained in the WTO Agreements which were signed by the bulk of the world’s trading nations and have binding effects on them. Thus, the WTO Agreements lay down the legal ground rules for international commerce between WTO Members. They cover trade in goods, trade in services and trade-related aspects of intellectual property rights (TRIPS). However, it is important to note that the WTO Agreements constitute an international agreement, as such, bind only states and separate customs territories. A PLACE FOR SETTLING TRADE DISPUTES The WTO is also a place for settling trade disputes between Member countries. The WTO’s procedure for resolving trade disputes is vital for enforcing the rules and for ensuring that trade flows smoothly. 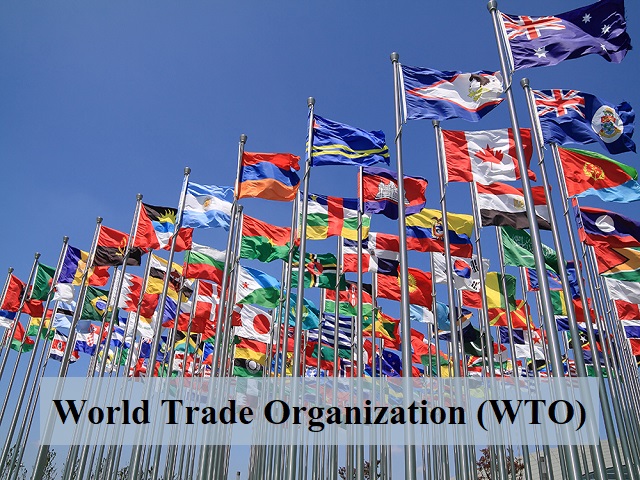 Who can be members of the WTO?

International organizations are normally made up of sovereign states, which is also the case for the WTO. The vast majority of WTO Members are states; however, also separate customs territories that meet certain requirements can become Members of the WTO.

The economic case for an open trading system based on multilaterally agreed rules not only rests on commercial common sense, but it is also supported by evidence: the experience of world trade and economic growth since the Second World War. During the first 25 years after the war, world economic growth averaged about five per cent per year, a high rate that was partly the result of lower trade barriers. World trade grew even faster, averaging about 8 per cent during this period. The data show a statistical link between freer trade and economic growth. Economic theory points to strong reasons for the link. All countries, including the poorest, have assets — human, industrial, natural, financial — which they can employ to produce goods and services for their domestic markets or to compete overseas. Economics tells us that we can benefit when these goods and services are traded. Simply put, the principle of “comparative advantage” says that countries prosper first by taking advantage of their assets in order to concentrate on what they can produce best, and then by trading these products for products that other countries produce best. In other words, liberal trade policies — policies that allow the unrestricted flow of goods and services — sharpen competition, motivate innovation and breed success. The principle of comparative advantage, which dates back to classical economist David Ricardo, is the most powerful and widely accepted economic theory underlying the case for open trade. To illustrate this, let’s first look at a simple case – a case of absolute advantage. Suppose country A is better than country B at making wines, and country B is better than country A at making bicycles. Thus, it would be an obvious case that each country will specialize in the products that it can produce most efficiently and then trade their products. In this scenario, country A will concentrate on the production of wines and import bicycles from country B while country B will concentrate on the production of bicycles and import wines from country A. But what if a country is bad at making everything? Can countries still benefit from trade? According to Ricardo’s Principle of ”Comparative Advantage”, the answer is yes. Let’s change the scenario a bit and assume that country A is better than country B in making both products – wines and bicycles. Let’s further assume that country A is much more superior at making wines and only slightly superior at making bicycles. Then country A should still invest resources in what it does best — producing wines — and export the product to B. B should still invest in what it does best — making bicycles — and export that product to A, even if it is not as efficient as A. Both would still benefit from the trade. A country does not have to be best at anything to gain from trade.

OBJECTIVES OF THE WTO

Ensure a large and steadily growing volume of real income and effective demand; and,

Expand the production of and trade in, goods and services, while allowing for the

Optimal use of the world’s resources in accordance with the objective of sustainable development.

The Agreement also recognizes the need for “positive efforts to ensure that developing countries, and especially the least-developed among them, secure a share in the growth in international trade commensurate with … their economic development”.

The Preamble to the Agreement Establishing the WTO encapsulates its objectives. It declares: Preamble to the Agreement Establishing the WTO The Parties to this Agreement Recognizing that their relations in the field of trade and economic endeavor should be conducted with a view to raising standards of living ensuring full employment and a large and steadily growing volume of real income and effective demand and expanding the production of and trade in goods and services while allowing for the optimal use of the world’s resources in accordance with the objective of sustainable development seeking both to protect and preserve the environment and to enhance the means for doing so in a manner consistent with their respective needs and concerns at different levels of economic development Recognizing further that there is need for positive efforts designed to ensure that developing countries and especially the least developed among them secure a share in the growth in international trade commensurate with the needs of their economic development. Being desirous of contributing to these objectives by entering into reciprocal and mutually advantageous arrangements directed to the substantial reduction of tariffs and other barriers to trade and to the elimination of discriminatory treatment in international trade relations…

The objectives of the WTO are not fundamentally different from those contained in the Preamble to the GATT 1947. In this way, it recognizes the importance of continuity with the previous GATT system. It is noteworthy that although the objectives of the WTO do not mention trade liberalization as the means to establish free-trade between Members, the drafters considered “substantial reduction of tariffs and other barriers to trade and the elimination of discriminatory treatment in international trade relations” as important steps to achieving such objectives. Trade expansion is thus not seen as an end in itself, but as an instrument to promote growth and development. The WTO adds three new dimensions to the objectives in the Preamble of the GATT 1947, including:

The expansion of “the production of and trade in goods and services” to take into consideration the extension of the coverage of the WTO subject matters. While the GATT covered only trade in goods, under the WTO coverage was expanded to another subject area – trade in services (see the GATS Agreement);

The objective of sustainable development seeking both to protect and preserve the environment and to enhance the means for doing so”; and, the “development dimension” aiming at helping “developing countries and especially the least-developed among them secure a share in the growth in international trade commensurate with the needs of their economic development”.

The Preamble to the Agreement Establishing the WTO provides an important legal basis for the interpretation of the WTO Agreements.

FUNCTIONS OF THE WTO

Administering the trade agreements between its Members;

Serving as a forum for trade negotiations;

Ensuring greater coherence in global economic policy-making, including cooperating with the IMF and the World Bank; and,

How to business with Iran

How to business with Iran